1. A neck mass in an adult is not usually mumps, but a 22 year old student with a mumps outbreak at her school was not wrong to think she had mumps.

2. She had a thyroid nodule that was proven to be thyroid cancer.

3. Adults with neck masses need to see a thyroid specialist. 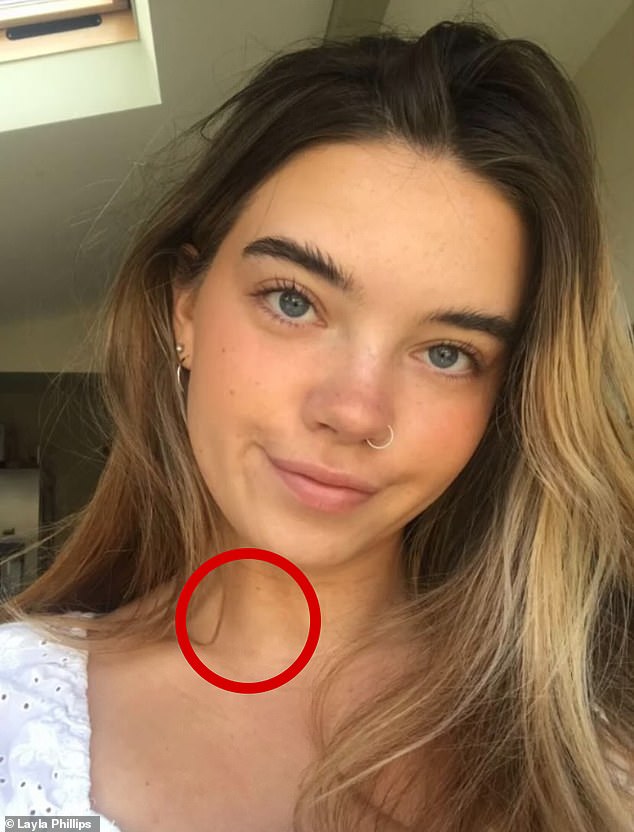 Student, 22, who thought she had mumps after she spotted a golf ball-sized lump on her neck while getting ready for a night out reveals how she was told she had thyroid cancer after her mother insisted she go to the GP

By Jessica Green For Mailonline

A woman who thought she had mumps after noticing a lump on her neck has revealed how she was left devastated when being told she actually had thyroid cancer.

Student Layla Phillips, 22, was diagnosed with Papillary Thyroid Carcinoma two years ago while studying in Swansea.

She first noticed a golf ball-sized lump on her neck when putting on a necklace ahead of a night out with friends and initially thought she could have mumps because the infection was going around her university halls.